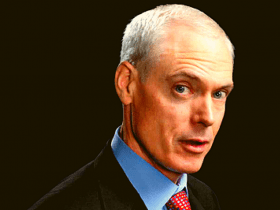 “Rich Dad Poor Dad” book story is written about Robert Kiyosaki’s life. In the book, He talks about the two most influential individuals in his life. His biological father who is poor, but a highly intelligent and educated man who has a Ph.D. and has a Well-Paying job. But he struggled financially throughout his life. On the other hand, There was his rich dad who had only 8th-grade education. But he went on to become one of the richest men in Hawaii. So let’s understand how did these two guys do what they did.

So now that we know what assets and liabilities are, Let’s understand the three most important lessons that we should learn from the book “Rich Dad Poor Dad by Robert Kiyosaki”. 1. WHAT KIND OF EDUCATION TO GET?

The poor dad always told Robert to get the best possible education so that you can have a great job. and he believed in conventional education. his poor dad was a teacher himself. but he never really learned about money and finances. he was an educated intelligent man. but he was ignorant when it came to finances and understanding how money works.

The rich dad who had an 8th-grade education. he always said get the best possible education so that you can start your own business. and give other people jobs. A huge difference in the mindset as you can tell. His rich dad believed in the kind of education. where he was constantly feeding his mind about business and finances. There was 4 key to financial education that he always emphasized on, which were accounting, investing, markets, and the laws that surround financing and money.

So the important lesson here to understand that instead of focusing on our conventional education. We need to think about educating ourselves with accounting, investing, markets, laws and everything that goes around to building a financial portfolio and building a business.

Let’s say you’ve graduated from college. what do you do next? here’s the key-mindset that “The rich don’t work for money”. His poor dad said, to get a degree and get a job. His mindset was to go work for money for the rest of your life. And that’s why poor people work for others all their lives.

It’s fear and greed that ruins their lives. A huge fear of not having any money. so they keep on working hard on their jobs and keep trying to make more and more money and the greed of the next paycheck or greed of a higher paycheck. that’s the main reason why they’re constantly stuck between fear and greed.

On the other hand, The rich dad said the rich don’t work for money. Money works for us. His mindset was that the rich work to acquire and improve their assets. and these assets produce income. So rich dad was always acquiring and growing his assets like businesses, real estate, and stock. rich people own their businesses. and then they leverage business structures, corporation structures, and taxation to their advantage.

3) HOW DO YOU INVEST OR SPEND MONEY

Let’s just say you got your education. And now you have a job or a business. How do you invest or spend your money? The really important key is to pay yourself first. when poor people have income coming in and as soon as it comes in it goes out into expenses. they never try to put their income into assets. they’re not really paying themselves.

However, The rich pay themselves first. Meaning as soon as any income comes in, they first invest a portion of it into their assets. and their money is employed right-away. Rich people make sure that their expenses are lower than their income. And their liabilities are lower than their assets. they’re paying themselves first by investing in assets.

And it is a big step in that direction!

Recommended Readings: Discipline Lessons From The Book – Good To Great

Undoubtedly, Conventional education is important but that’s not it. We have to figure out what we want in life. and start working on it. while in the process of getting an education. After reading this book, I learned a lot of things. but the most effective lesson is to have a mindset of investing in yourself. so you can start your own business and give other people jobs. And you can achieve that by self-learning & understanding how money works.

Books On Self Confidence You Must Read 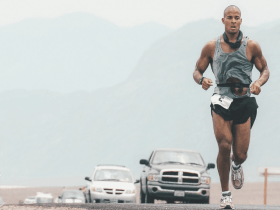